There are a couple of newcomers to this year’s Ultimate Guide to ATVs, with Shire electric and Loncin petrol-fuelled variants making their debuts.

There are three Shire models from Greentouch Technologies, all using lithium-ion batteries and either two- or four-wheel drive, which in the case of the Shire II Ultimate, is configured with a motor for each axle.

The Loncin quads, meanwhile, are relatively modest 12hp and 25hp machines introduced from the Chinese manufacturer by Quadzilla Quads as a low-cost, low-spec option.

At the other end of the spec and performance span, selected models of BRP’s latest Can-Am Outlander quads revealed in early August offer selectable engine braking levels as a new feature.

The iEB (intelligent engine braking) system allows the rider to select maximum braking effect through the transmission for making steep descents or when loaded up, or one of two other lesser settings that allow for a more progressive riding style.

Front-end styling changes and LED headlights are also introduced as 2023 model year changes on the Outlander 650, 1000 and 1000R. 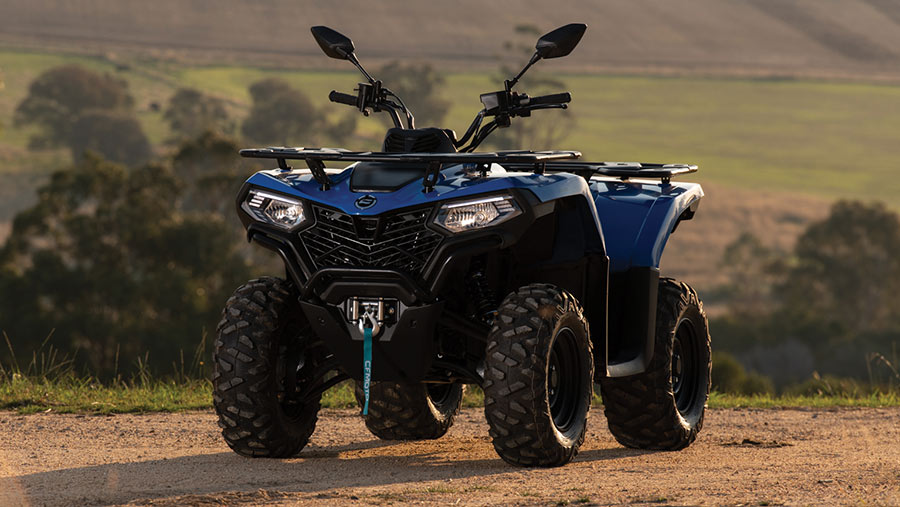 Increased rack loading capacity and substantially uprated towing capability are among the changes, but riders will probably appreciate more the claimed 25% reduction in turning radius and a similar increase in suspension travel.

The 21% bigger fuel tank now sits beneath a lift-off cover (no tools required this time) and new engine mounts are said to reduce vibration. A new exhaust pipe brings down noise levels too.

Thicker seat padding, a tweaked riding position, and a change of handlebar design should also contribute to a more comfortable riding experience, says the manufacturer, while a lighter but stronger chassis improves handling.

Electronic power steering is standard on both models, together with a front-mounted 1,134kg winch. 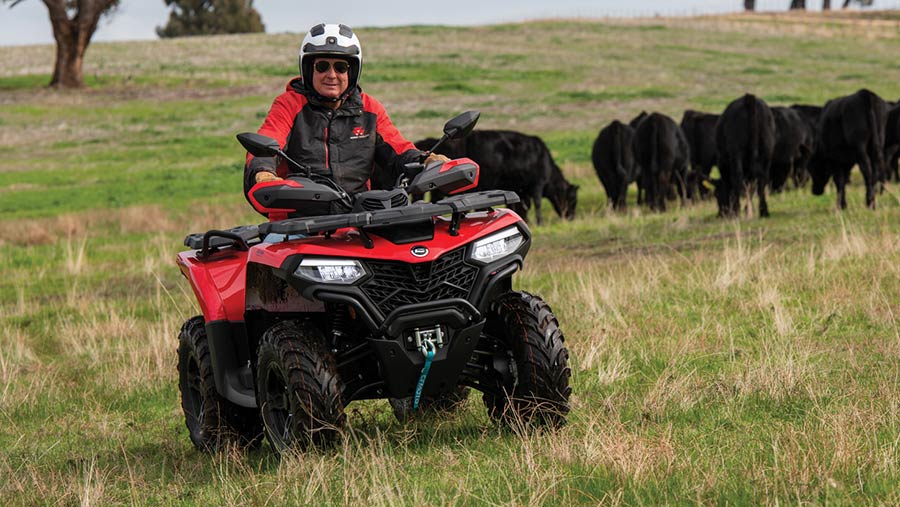 There is a new 700 model as well, which sees a slight drop in engine power, at 39hp from a 695cc motor, but also the addition of anti-lock braking.